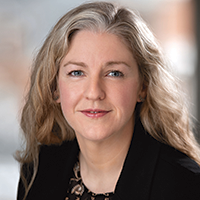 An emerging form of immunotherapy, called adoptive cell transfer, has the potential to transform the way in which cancers are treated. Adoptive cell therapy involves taking a patient’s immune cells from their blood, and modifying them in a lab so they can target cancer cells more effectively — enhancing the patient’s immune system to fight cancer.

In the seven years since the initial Chimeric Antigen Receptor (CAR) T-cell therapy trials were started, two of these therapies are already being used to treat some aggressive forms of leukemia and lymphoma. However, these therapies are very costly and only available to a small number of Canadian patients. Researchers are considering the possibility that CAR T-cells could displace current standard treatments, such as stem cell transplantation and chemotherapy.

Importantly, there is a need to collaborate nationally to allow better and more cost-effective approaches to be tested rapidly through an established network of institutions and researchers. The Canadian Cancer Trials Group (CCTG), located at Queen’s University, is a national cancer trials research group, with a network of over 80 hospitals and research institutions, that has been designing and conducting trials for almost 40 years. Cooperative research groups like CCTG, with a proven track record of leading immunotherapy clinical trials, are ideally situated to bring stakeholders together to support emerging cellular therapy initiatives.

Leading the call for the development of more effective and more cost-effective approaches to Canadian-led academic research is Dr. Annette Hay, a hematologist, clinician scientist, and a Senior Investigator with CCTG.

“There is tremendous excitement about these therapies that are demonstrating meaningful and lifesaving remissions for some people in whom chemotherapy and stem cell transplants have not worked. However, we have to face the reality of the current costs of this treatment and lack of accessibility in Canada.”

“By working together to test promising cellular therapy developments, identifying the people most likely to benefit from them, and reducing side effects, these therapies can be made more cost-effective,” argues Dr. Hay.

With early research suggesting cellular therapy may have benefits beyond cancer, such as for autoimmune diseases and infections such as HIV, it is particularly important that we focus on developing safe treatment options and bringing down the cost, to ensure all Canadians have access to these potentially lifesaving treatments.