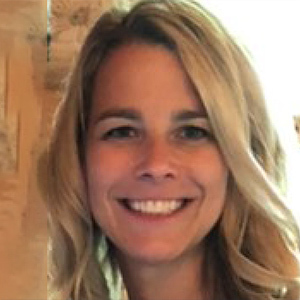 Canadians living with inflammatory bowel disease (IBD), such as Crohn’s or ulcerative colitis, often don’t show outward signs of inflammation. Yet their insides could be severely inflamed, putting them at risk of a disease flare and its complications. With severe flares, patients may require the surgical removal of a section of their intestinal tract.

Monitoring inflammation levels is critical to avoid both complications and surgery. A colonoscopy is one method of monitoring but it’s uncomfortable, invasive, and time-consuming. It involves passing a small camera through the rectum on a long guidable cable. In preparation, patients need to fast the night before and purge the entire gut through laxatives and enemas.

Having the ability to track and be aware of their own inflammation levels can empower people living with IBD.

A simpler and less-invasive way to monitor inflammation levels is with the fecal calprotectin test. It’s delivered through a stool sample and measures the level of calprotectin in the fecal matter.

“The fecal calprotectin test is used as a marker for intestinal inflammation,” explains Dr. Rachel Bourgault, gastroenterologist at the Integrated University Health and Social Services Centre (CIUSSS) for Mauricie and Centre-du-Quebec. “Calprotectin is a protein found in the white blood cells. When there is inflammation in the digestive tract, calprotectin builds up in the stools.”

While the calprotectin test doesn’t completely replace a colonoscopy, it’s an important, non-invasive monitoring tool to be considered, as it can easily be repeated and involves no preparation.

The fecal calprotectin test helps physicians and specialists differentiate between diseases like IBD and functional disorders, such as irritable bowel syndrome (IBS). “The test will show negative results in cases of IBS, eliminating the need for further, unnecessary testing,” says Dr. Bourgault.

The test can help distinguish patients having a disease flare from those who are having non-disease-related bowel symptoms. Most importantly, it can help identify severe inflammation, even in people who don’t show any symptoms.

“It’s a quick and simple test for the patient,” says Dr. Bourgault. “They can even do it at home using a smartphone!”

Having the ability to track and be aware of their own inflammation levels can empower people living with IBD, allowing them to have more clear and focused discussions with their physician.

This article was made possible with support from AbbVie.