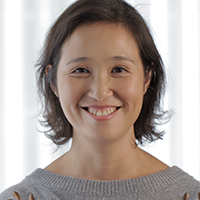 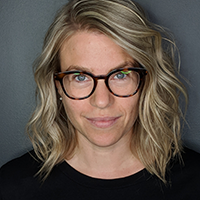 It all starts in 2005 when Mai Duong and Christiane Rochon meet at one of Montreal’s top advertising agencies. While Mai was immediately drawn to Christiane’s larger-than-life personality, Christiane could not believe that such a tiny, seemingly demure Vietnamese girl could be so surprisingly loud and funny. Needless to say, they got along swimmingly. Life was good for them both: Mai got married to her soulmate Vlad, with baby Alice arriving in 2009, and Christiane traveled the world.

In 2013, Mai was diagnosed with acute myeloid leukemia while pregnant with her second child. Her world shattered. She had to terminate her pregnancy and enter an aggressive round of chemo. Hoping to make life a little easier for her friend, Christiane reached out to the advertising industry to raise funds. Her peers’ generosity surpassed all expectations: Christiane ended up with a few thousand dollars on her hands, which was donated to the Quebec Lymphoma and Leukemia Foundation.

But 10 months later, leukemia was back with a vengeance. This time, only a stem cell transplant could save Mai. Neither Christiane nor Mai had ever heard of this procedure. What’s worse, they quickly learned that her Vietnamese background made it virtually impossible to find a compatible donor, as there are very few registered Asian donors worldwide. On a rainy May afternoon, a few days after learning the devastating news, Christiane went to visit Mai. “How can I help this time around?” she asked. Mai’s answer came quickly: “Find me a donor.” Christiane set out to find a match for her friend, in a quest that would change both women’s lives.

As it turns out, it pays to work in advertising when you need to get a story out. Christiane set out using social media to lay out the facts in bite-size pieces and enlisted the help of her creative friends to make billboards, online banners and radio spots. The offers from the media started pouring in. In a matter of weeks, Mai became the hottest topic in town, and the subject of stem cell donation was on every news anchor’s lips during the summer of 2014.

What started as a local initiative quickly became a huge coast-to-coast campaign, with Mai becoming the face of ethnic underrepresentation in stem cell registries around the world. The campaign was so successful that more than 20,000 new donors registered that year, compared to 3,000 in a normal year. And, Mai finally received a stem cell transplant from an umbilical cord in October 2014 and started the long and painful process of being reborn.

Close to 20,000 patients await a stem cell transplant, and those from an ethnic background other than Caucasian have a significantly lower chance of finding their match.

Giving back… on steroids

Now that Mai was in remission, she and Christiane decided that stories like hers should be a thing of the past. They couldn’t stand idly by while thousands of “ethnic” patients were told they had no chance of finding a compatible donor. And so the idea of Swab The World was born. What if they could use their expertise in advertising and communications to help patients? What if they put all the national donor registries in one place and made the requirements easy to understand? What if they could use partnerships to shine the light on real patients in mass media? What if they created an online community where patients and survivors alike could share their stories?

And so… they did. Swab The World was officially launched in October 2018 and aims to tackle the severe lack of non-White donors throughout the world. Even though this is a well-known problem in the medical and scientific communities, it always comes as a shock for ethnic minority patients and their loved ones who think they have the same chances as everyone else. To this day, there are close to 20,000 patients awaiting a stem cell transplant, and those from an ethnic background other than Caucasian have a significantly lower chance of finding their match.

Success from the get-go

Swab The World has already seen enormous success, thanks in part to a Canada-wide media launch worth $1 million produced by Montreal’s top marketing agencies. In less than 6 months, the foundation has built relationships with many registries, has been officially recognized by the World Marrow Donor Association, has become the first-ever independent donor recruiter for Héma-Québec, and has been invited to give a talk on social media at the World Marrow Donor Association conference in Amsterdam.

What started as a terrible cancer story became a life-saving project thanks to the unstoppable drive of two friends. People have great ideas all the time. But people who actually bring them to life are few and far between. Had Mai and Christiane been flute teachers, they would not have had the tools to be heard. Their advertising background ended up being the springboard for their game-changing adventure, and for once, the “product” they’re selling is well worth the effort.