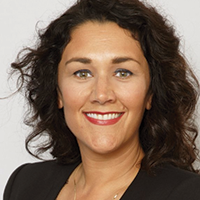 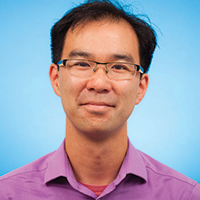 While Dr. Karen Cross was completing her surgical residency in Toronto, her grandfather in Newfoundland—who has Type 2 diabetes—stubbed his toe and developed a serious foot ulcer. “Here I was, an expert in diabetic foot ulcers and there was no way for me to practice in Newfoundland or make my expertise accessible to him,” says Dr. Cross, Co-Founder and CEO of MIMOSA Diagnostics. “That’s how I got the idea for this technology.”

In the meantime, Dr. General Leung, a physicist and now MIMOSA’s Chief Technology Officer and Co-Founder, had been working on a technology for predicting heart attack and stroke. “Unfortunately, the machine was one that very few people had access to, so I started to focus on developing smaller, more mobile technologies that were more accessible for disseminating this information,” says Dr. Leung.

A blind coffee date between the two scientists led to a Hallelujah moment. “The technology that I was using to predict heart attack and stroke was the same one Karen was using for wound prevention,” says Dr. Leung. Three coffee dates later, they had a concrete plan on how to scale the technology, and MIMOSA Diagnostics was born.

Foot ulcers are a serious problem for people with diabetes and can lead to amputations and even death. However, ulcers are treatable if caught early, and the MIMOSA handheld device aims to do just that.

Treating diabetic foot ulcers currently costs the Canadian healthcare system about $547 million a year, about half of all the costs of diabetic care.

MIMOSA’s near-infrared camera allows light to pass into the tissue and create a spectral signature of molecules in the skin.  “Certain patterns of molecules indicate whether a tissue will heal or won’t,” says Dr. Cross. The device can be used as a remote triage tool, ensuring the patient with a serious ulcer gets specialist care immediately, while avoiding an unnecessary visit for the patient whose ulcer will heal on its own. “That not only streamlines the care process for the patient, but also the work process for doctors who treat them,” says Dr. Leung.

Why the focus on the lower extremities? “Treating diabetic foot ulcers currently costs the Canadian healthcare system about $547 million a year, about half of all the costs of diabetic care,” says Dr. Leung. “We are doing a fairly good job of monitoring diabetic patients’ eyes, kidneys and glucose levels, but there’s no real way of monitoring their feet, so we’re trying to empower patients and their caregivers with a tool they can use at home and fill that gap.” says Dr. Leung.

Ultimately, these two diabetic foot soldiers would like to see their technology become as standard to diabetic care as the personal glucometer.

The MIMOSA device is currently awaiting regulatory approval, and is not yet for sale.

Visit MIMOSA Diagnostics to learn more about how MIMOSA can save lives, and sign up for their monthly newsletter.
Next article