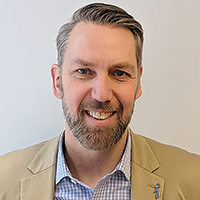 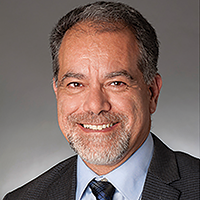 It’s been 25 years since Prostate Cancer Canada was formed with the mission of improving diagnosis, treatment, and quality of life for the tens of thousands of men diagnosed every year. In those two and half decades much has changed — but one thing that hasn’t. An average of eleven Canadian men still die every day.

“Even with the incredible progress we’ve made over 25 years, we’re not slowing down because there’s still so much to be done,” says Dr. Stuart Edmonds, Vice President of Research, Health Promotion and Survivorship at Prostate Cancer Canada. “At the same time, there have been huge advances over those 25 years in terms of how prostate cancer is treated, especially for men with advanced disease. We’re seeing more men living longer.”

Many of these advances come in two equally important forms: early detection and late stage treatment. When caught early, prostate cancer is nearly 100% treatable. So, a major focus has been placed on early detection methods such as the PSA blood test, as well as encouraging men to know their risk and get tested when appropriate. “PSA testing is an incredible tool for both cancer screening and cancer monitoring,” says Dr. Fred Saad, Professor and Chairman of Urology at the University of Montreal Hospital Center. “This is one of the most curable cancers when it’s caught early enough.”

Take charge of your health and talk to your doctor

Of course, for prostate cancer to be caught early, it is necessary that men speak to their doctors, which we do far too rarely. “Guys, generally, are not so great at managing our own health,” says Dr. Edmonds. “We’ll put off going to the doctor until we’re experiencing significant discomfort if we can. That’s something we really need to change. This is a message that goes well beyond prostate cancer and speaks to men’s health as a whole.”

And, with screening so clearly tied to survival, it is hard to come up with a good reason for men not to be tested. Men need to be not only starting this conversation with their doctors but also cultivating an ongoing relationship with them to remain healthy in all areas of life while they age. “We have data that suggests strongly that screening reduces mortality from prostate cancer,” says Dr. Saad. “It is clear that men should at least have the opportunity to be screened, and it should be a shared decision between a man and his doctor. The CUA recommends that men over 50 should have a discussion regarding the pros and cons of screening.”

Over the last fifteen years, we’ve developed a lot of new therapies for non-metastatic and metastatic castration-resistant prostate cancer that have almost doubled the expected life span and, just as importantly, improved quality of life.

Dr. Fred Saad, Professor and Chairman of Urology at the University of Montreal Hospital Center

New hope for men with a advanced disease

For those men whose disease is detected at — or progresses to — a more advanced stage, new therapies are making cancers manageable that were once entirely untreatable. “Over the last fifteen years, we’ve developed a lot of new therapies for non-metastatic and metastatic castration-resistant prostate cancer that have almost doubled the expected life span and, just as importantly, improved quality of life,” says Dr. Saad. “Before that, we basically had nothing to offer men whose cancers became resistant to hormone therapy. We still have a lot a work to do, but we’ve made great strides.”

Recent studies using these drugs in men with metastatic prostate cancer prior to becoming castration resistant have resulted in even more impressive results.

New treatment guidelines released earlier this summer specifically outline options available to men with metastatic prostate cancer and, for the first time, men with castration-resistant prostate cancer that has not yet metastasized. Taken together, these advancements are a cause for hope among all men affected by prostate cancer at any stage.

“We’re understanding the disease better every day,” says Dr. Saad. “There’s obviously never a good time to have prostate cancer, but it’s a much better time now than it was 25 years ago.”